Qi YuZhu is the SNH48 version of Lisa Blackpink 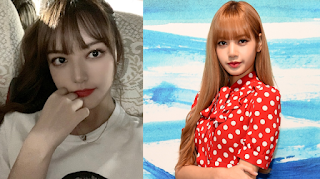 SNH48 has many members who are beautiful, but many are lacking in the eyes of many fans.

One of them is SNH48's 10th generation member who has a visual similar to-like Lisa BLACKPINK, her name is Qi Yuzhu.

The girl who is often called Qiqi is indeed considered to have similarities with that girlband personnel from South Korea.

Qi Yuzhu just debuted in May 2018, her career in SNH48 only started in one year ago.

She joined as a member of Team HII with Li Yitong et al.

This girl is also from the same province as Ju Jingyi, former SNH48, Sichuan Province.

The similarity-hype between Qi Yuzhu and Lisa was started in 2018.

Even some fans are now starting to dub Qiqi as 'Lisa Jiaxinglu' or Lisa SNH48, the name Jiaxinglu refers to the location of the SNH48 theater.

Qi Yuzhu is rumored to be following the iQiyi's latest survival program 'Qing Chun You Ni Season 2' as a representative of SNH48 GROUP.

According to rumors, she was chosen by management to join the program.

Wow, it's really not suitable if Lisa SNH48 joins a program like PRODUCE 101.

Qi Yuzhu who looks like Lisa is apparently also a fan of BLACKPINK, aka she is a BLINK!

Qiqi also claimed that she liked Lisa as a bias in the girl band.