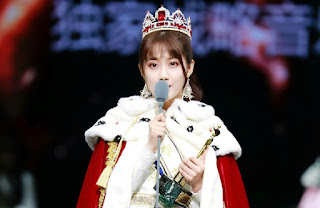 Li Yitong, member of the SNH48 HII Team, is rumored to be announcing her graduation next month.

This news came after the official fan account of Li Yitong made announcements and fundraising for the graduation performances of its members.

Suddenly it greatly shocked SNH48 GROUP fans because the queen would abdicate. According to fan club information Li Yitong will graduate from SNH48 in mid-September. 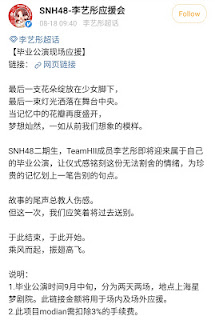 They will raise funds for the graduation project. The graduation performance is rumored to be held for two days and in two places, one of which is the SNH48 theater.

Li Yitong is a 2nd generation member who joined since 2013.
She has been in the group for 6 years.

The girl who is often called Lika or Faka is indeed rumored to be graduating last year because STAR48 will sign her to be a solo artist. Plus she won the election for 2 times already then the prize that will be given is a personal studio as a solo artist by SNH48.