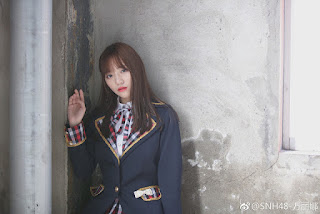 An unpleasant incident was experienced by a member of an idol group from Shanghai, Wan Lina, SNH48.

Through her own official Weibo account this morning, Wan Lina gave information to her fans that her dorm room had been messed up by someone.

Fortunately at the time of the incident, she was not at the room.

"My room was broken into, everything was messed up and the window guard was broken," wrote Wan Lina at 4:00 in the morning.

Then a few hours later Wan Lina gave a statement after contacting the police.

"When I checked my belongings, I found that nothing was stolen. When I arrived at the police station, the uncle of the police also said that it was someone who was stalking," wrote Wan Lina.

Li Yitong as a closest friend in Team HII hopes that the perpetrators can be arrested as soon as possible. This is the first incident that happened to SNH48 members. Even a Sasaeng is desperate to break down the very difficult security window.