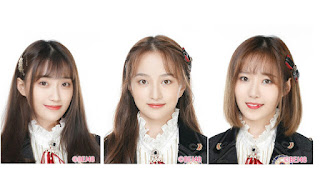 Three girls will be introduced in the theater performance of Team E on September 28, 2019.

Keep in mind, they will be immediately promoted to the Team E formation considering the vacant position of the team because many members left.

These three new members have been revealed by BEJ48 fans.

In the group's official website, it can be known even though it is still well hidden.

The three of them will take part in the Team E performance in the future.

BEJ48 will hold a theater tour in Shanghai precisely at the SNH48 Star Dream Theater.

The setlist is a blend of waiting stages 'UNIVERSE', 'Qihuan Jiamian Li', and 'Pajama Drive' that has been delivered by Team E.