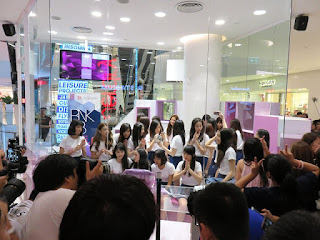 It has been more than two years the fan house called aquarium is used for live broadcasts.

The closure of the BNK48 Digital Studio at Emquartier Mall was indeed announced some time ago.

The last live talk-talk session yesterday was also attended by many members, staff, and guest stars. 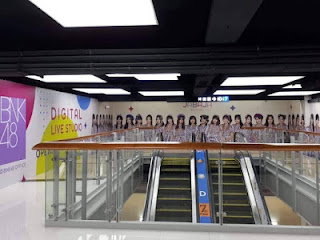 Don't worry, BNK48 will reopen a new digital studio. The location is different in different shopping centers, precisely at the seventh floor of the MBK Center.

According to the plan, the new BNK48 Digital Studio will open from October 2019.

Before closing, the BNK48 allowed fans to photograph inside the aquarium house.

At an affordable price, fans can take pictures and donate to flood victims in one of Thailand's regions.

The removal of BNK48 Digital studio is due to the high number of visitors who want to watch the members' live broadcasts.

Fans cheering on the ground floor of Emquartier because they wanted to watch this resulted in a reprimand from the mall to management.

Although it was anticipated that visitors would not burst, perhaps BNK48 management felt that fan satisfaction was the main thing. Live broadcasts at the new BNK48 Digital Studio location will be announced later.