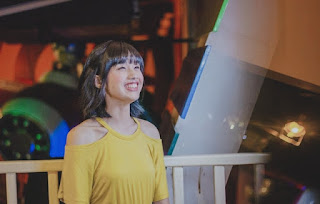 Through its official website yesterday on Wednesday night, MNL48 announced a graduation for one of its members.

Ashley Cloud Garcia or Ash was announced suddenly to end the journey at MNL48.

This first generation member girl has indeed given the code to withdraw from the group some time ago.

Even in September before this announcement she was not active on her official page on Facebook.

As quoted from the official website of MNL48, Ash left MNL48 for a personal reason.

MNL also thanked Ash for a year and a half together at MNL48.

While in the group she claimed to be very happy because Ash could grow and develop in the container of the first idol group in the Philippines.

Ash also encouraged her generation of friends who were still continuing their struggle in the group.

She hopes they can continue to show their best smile. 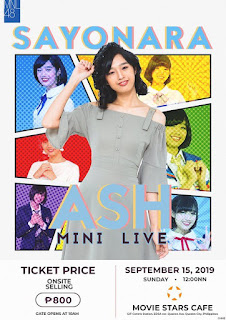 HHE as an MNL48 agency also thanked Ash for her dedication so far.

The last performance or mini live as well as Ash's graduation will be held on September 15, 2019 at Movie Stars Cafe, Quezon City.