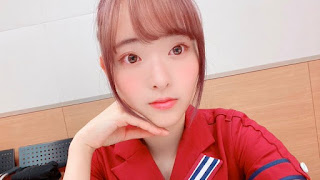 Voice actor Fujima Sakura, Sally Amaki is certain to come to Indonesia in the near future.

Initially, this information was obtained through the official fanpage page and Twitter of the Jakarta Super Fest Creators, which announced the name of the United States - Japan crossbreed on Thursday (10/10).

Then, Sally Amaki replied, and confirmed her arrival at the event.

This beautiful silhouette is very happy to be invited as a guest star.

She revealed that this was the first time she had been invited as a guest star at an overseas event on her own behalf.

This tweet from Sally went viral, and was liked by more than 600 users and re-tweeted 210 times.

This tweet also received a response from one of JKT48 members, Puti Nadhira or familiarly called Pucchi.

However, unfortunately she could not come, so it was only represented by her virtual character on 22/7, Fujima Sakura. The 2019 Super Fest Creators Jakarta event itself will be held October 26-27 2019 at the SMESCO Exhibition Hall.