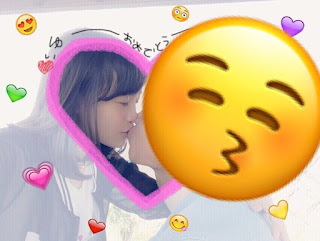 There are at least three scandalous photos uploaded by the @TL4xSMn99zISPys Twitter account showing Yokoyama Yui a member of AKB48 Team 8 along with her boyfriend.

The Yui Yokoyama Team 8 scandal even one of the photos of Yui was in the room with a boyfriend while indecent acts. Mostly was her pre-debut picts.