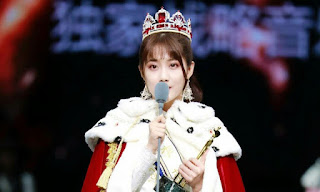 STAR48 will have a new solo artist who is a dropout from their girl group SNH48.

Li Yitong will soon graduate from SNH48 after her graduation performance on September 13, 2019.

Like Ju Jingyi, Li Yitong will also have her own private studio which will be managed by a special team from STAR48.

The official website that has been registered for a long time, www.li-yitong.com, will also be activated after graduation.

As of tonight the number of followers of Faka's personal studio account has reached 13,000.