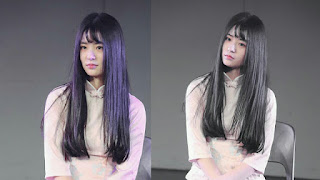 SNH48 recently announced a new member of the twelfth generation in September.

As many as 4 girls were introduced to the public and a team promotion was also carried out.

A few days have passed, some new members have shown their own charm.

One of them in Indonesia itself, a fan club's Facebook account uploaded a photo of charm from Jiang Xin.

Unexpectedly many positive comments from them, the majority of whom are JKT48 fans. 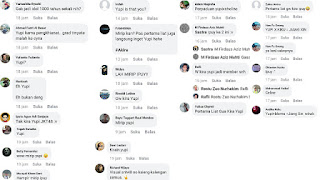 Many of the netizens dubbed Jiang Xin similar to one of JKT48's ex-Cindy Yuvia or Yupi.

There are also those who say the combination of Yupi and Celine.

In terms of hairdo, Jiang Xin applied the same style as Cindy Yuvia.