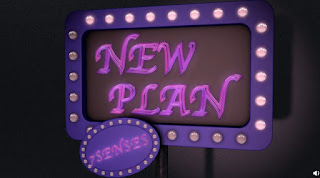 On that occasion, the seven girl members of this SNH48 sub-unit entertained fans who were watching live at SGV Arena.

This showcase is also a step for the 7SENSES sub unit to announce their comeback in the near future.

At the event, 7SENSES appeared while announcing the title of their comeback single titled 'New Plan'.

A lipstick product will be a sponsor in order to welcome this new single.

The good news, the song New Plan will be released in two languages ​​namely Mandarin and Korean.

He is a producer of the South Korean idol group EXID.

Previously, the Korean version of SWAN song was also composed by S.Tiger.

In the mandarin version like Swan song, 7SENSES member Eliwa or Xu Yangyuzhuo will be the lyricist.

New Plan will be released in the fall of China, which falls this month to next month.

This time, New Plan will be released as a mini EP, so maybe not enough songs will be included.