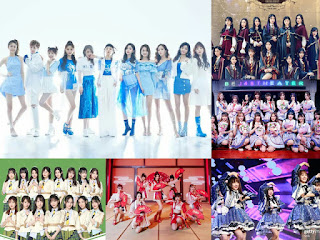 An account discussing the world of worship on Weibo released a pyramid picture of a female idol group in China.

This pyramid is made to illustrate how famous this idol group is in the land of the bamboo curtain.

In this pyramid there is a girl group SNH48 squad and also AKB48 Team SH.

This pyramid also shows the popular class of each idol group.

The following is a picture of the pyramid. 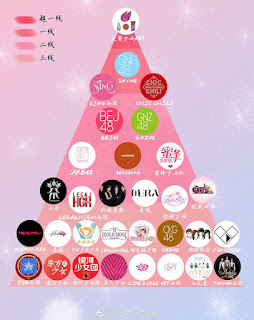 Number two is still the same, SNH48 as the best group made by STAR48.

Groups S.I.N.G and CHIC CHILI are in third place between classes 2 and 3.

Then starting from the top 3 classes there are BEJ48 and GNZ48 and followed by many groups such as AKB48 Team SH which are right under these two groups.

Sunshine and LadyBees are in line with AKB48's official sister group position.

Below them is an idol group that is less well known outside such as MERA, LEGAL HIGH, Hello Girls.

The SNH48 sister group from Chongqing is in grade 4 with many other girl groups.