Actor Narita Ryo is a fan of Keyakizaka46? 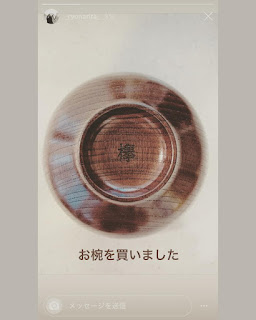 Japanese actor, Narita Ryo in his personal Instagram account @_ryonarita_ had uploaded the story, saying that he had just bought a bowl. What became the discussion among Keyakizaka46 fans was the carving in the bowl that reads KEYAKI in the form of kanji (欅). They claims, Ryo Narita is a fan of the group.