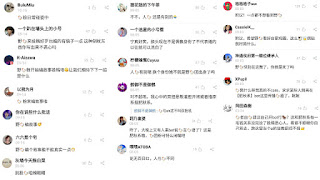 AKB48 fans in China when commenting with chicken emojis.

We know that SNH48 and AKB48 Team SH will be in the Qing Chun You Ni 2 event.

This makes a lot of cons due to the background of the two groups.

Judging from Chinese social media, cons seem to come a lot from AKB48 fans in China.

It seems that cases of breach of contract are always brought up by certain parties.

Even in gossip accounts and information related to AKB48 Group, often quipped idol groups with the light blue logo.

We only knew this when we saw the comments column when a gossip account wrote about SNH48.

We were was confused why many chicken emoticons in some comments.

When we asked this to one of the SNH48 fans, we were surprised that the chicken was called SNH48.

Chicken (Ji 鸡) in Chinese is a slang for bad things.

Can also be interpreted as a traitor (traitor).

But even worse, the slang 'Ji' refers to the male's, which in mandarin is (Jii Ba) probably refers to Siba (SNH48 agency).

However, SNH48 fans there did not take this seriously. As long as it's not outrageous, it is rarely that the emotions are provoked.