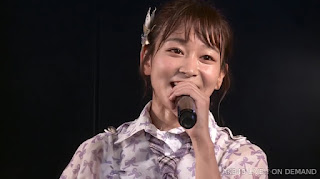 The graduation performance will take place on December 20, 2019, and the final handshake event will be held on November 23, 2019.

Ota Nao claimed to be happy to be an idol.

She was satisfied and wanted to pursue her childhood dream of becoming an actress.

For that, she wants to go outside AKB48 and learn more about stage drama.

Ota Nao is an original member of Team 8 who debuted in 2014.

She is the representative of Kyoto prefecture for Team 8 AKB48.

She had never felt a single senbatsu in his career in the group but she was one of the members who was quite popular.