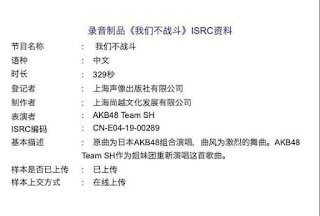 Yesterday AKB48 Team SH surprisingly made an info about the latest song.

It is not yet known for sure whether this Bokutata will be an Ep or a digital single.

For the announcement of Senbatsu Bokutata it hasn't been revealed yet.

This information was very surprising to the fans because just yesterday released the song "Sustainable" AKB48's latest song was immediately sung by Team SH.

And this time AKB48 Team SH revealed a song with a difficult dance after No Way Man some time ago.

For official info about the details of this song and the senbatsunya will be announced later on. This is very much awaited by the fans especially the AKB48 Team SH fans.