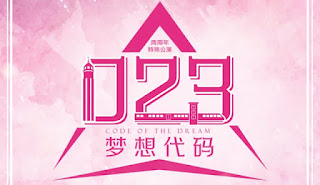 At that time all CKG48 members were officially divided, some were sent to sister groups and IDOLS Ft.

CKG48's own position is now part of the SNH48 GROUP but is not considered as such.

A few months after disbanding, CKG48 rose was reborn without the help of a Shanghai central agency.

Reportedly at that time the condition of the group only consisted of improvised staff.

Members who are hooked after disbanding are also members of IDOLS Ft.

The permanent theater had been demolished, making them sign a theater of performances in Chongqing City.

But over time CKG48 can show its existence.

They are often invited to several small to large events.

Although not permitted to participate in the elections, survival show and Request Time, members of IDOLS Ft in CKG48 were very happy.

Now CKG48 can finally feel their second birthday after it was formed at the end of 2017.

CKG48 will celebrate a special theater performance on its second anniversary on October 26, 2019.

In less than 7 days, a performance titled 'Mengxiang Daima (梦想 代码) / Code of The Dream' will be held.

With this old birthday, it is proof that CKG48 is ready to face the tough competition of idol groups in China.