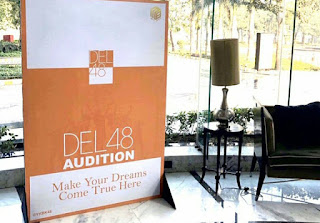 Through its Facebook account tonight, sister group AKB48 based in Delhi, India 'DEL48' has announced that the second stage of the 1st gen members audition has finished.

From the auditions held at Gorgeon, many talented women have participated.

According to DEL48 also the judges  foundifficulty to decide who was good enough to go through to the final audition stage.

Some time ago indeed DEL48 producer Mr. Deepak leaked the audition process through photographs and it was very clear the participants who came on the first day.

Stage two of the audition yesterday was held for 3 consecutive days.

Also seen were several judges from YKBK48, the agency DEL48 and MUB48.

In addition to the announcement, DEL48 also informed that the third stage of the final audition alias will take place in November.

The debut and introduction of the first generation members will also be held that month.