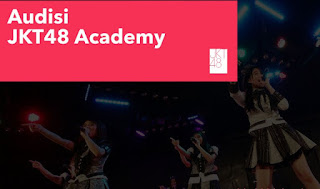 This time the recruitment was opened specifically for the 9th generation members of the AKB48's sister group.

Through her official Twitter account, the headmaster of JKT48 Academy, Devi Kinal, officially announced the opening of the audition.

In a tweet, the former JKT48 member invited young girls to apply.

According to Kinal, for those who live in Jakarta, they can register by completing the forms that can be obtained at JKT48 Theater.

For outside Jakarta or outside Indonesia, please wait for the opening of the recruitment through website.

This audition is open for girls aged 13-18 years.

There are several conditions set by the JKT48 Operational Team, and the most important thing is not to be bound by a contract with any company.