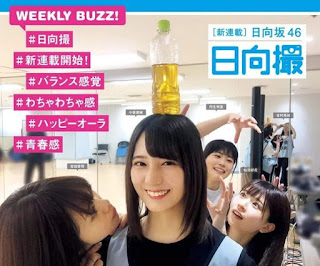 Like 'NOGI_SATSU' Nogizaka46, 'HINA_SATSU' is a project that displays photos of Hinatazaka46 members who are photographed by fellow members and published weekly in the magazine 'FRIDAY'.