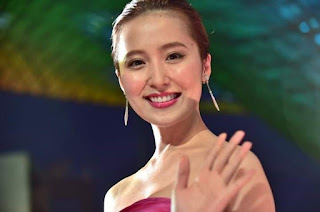 Aside from attending the opening ceremony, Eto Mass will also be present at the screening of the film she starred in 'Shizukana Ame' which will be screened at this festival the next day.

Yukisuke (Nakano Taiga) works as an assistant bioarchaeology researcher at a university.

Koyomi (Eto Misa) is a young woman who runs a Taiyaki shop.

One morning, Koyomi had a traffic accident into a coma.

Yukisuke continued to visit her at the hospital every day.

But after being conscious of her coma, Koyomi has a problem with her memory.

She remembered everything until the accident, but her short-term memory can't remember anything outside of today.

Shizukana Ame ia set to release on Spring 2020 in theatre.