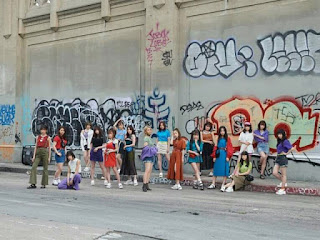 As has been informed by SKE48 that on today's live broadcast, they will announce something that is not important.

Although said to be unimportant, in fact SKE48 fans will still believe it is important because the announcement of the new single Frustration, the management wrote the same thing.

Today's announcement turns out to be this new idol group from Nagoya.

SKE48 will release their 26th single whose title has also been announced, 'Soyuu Koto Aru yo ne?'.

However, the single release date has not been announced yet but they said to be on March 2020.

For the first time Kitagawa Yoshino, Takahata Yuki entered the ranks of senbatsu.

This single center is held by Suda Akari. This single also became one of the singles without Matsui Jurina in the senbatsu.