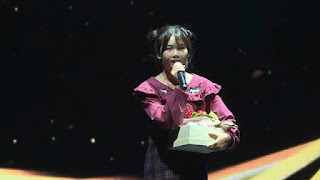 This new member will add to the composition of members after the CKG48 reborn.

The new member girl is none other than Wang Jiayu.

Even though she had been privileged to become a member of BEJ48 when she broke up, she decided to resign.

Sh was appointed as a member of Team E after the reshuffle in January 2018.

She will help the development of this Chongqing idol group going forward.

There are a total of 23 CKG48 members currently starting to develop each month.

It is likely there are still many members who will join in the future.

Not just a new member, the CKG48 Chongqing STAR48 agency has been recruiting new employees again.

Sources says CKG48 will be considered as part of the SNH48 Group going forward.