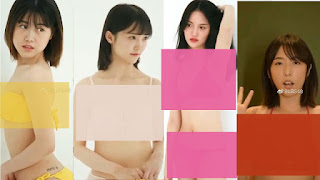 SNH48 GROUP fans seem to be in a stir with the appearance of former SNH48 GROUP members who appeared in a Japanese gravure magazine.

These four ex members become gravure models for a magazine that requires them to wear swimsuit.

These girls passed the Gracon in China selection and became a photo shoot to enter in Young Jump magazine.

According to Japanese media, there are 60 girls in China who were recruited for selection.

If there were 1 million applicants according to several sources who took part in this audition.