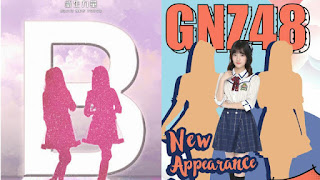 7th Generation of BEJ48 and GNZ48 were announced some time ago.

But apparently, the announcement of members of the 7th generation is not yet finished.

This is based on the official announcement from Weibo BEJ48 and GNZ48 today.

The two groups will each re-announce their two new members.

BEJ48 will announce two members for the formation in Team B while GNZ48 will appoint the girl as part of Team Z.

The two members of BEJ48 and GNZ48 will be announced on the day after October 23, 2019 at each team performance.