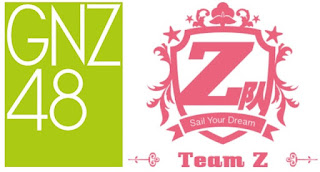 According to leaked news on Weibo, the second sister idol group of SNH48 will disband their third team, 'Team Z' after Request Time Best 50 concert.

This news came after an account called @Xx 冬瓜 xX led the donation of votes for Team Z.

Through Weibo, this fan wrote that they was forced to lead a donation drive because this year may be Team Z's last song.

"Management does not imply anything, but from three places (not only members of GNZ48) several other members know some news" a fan wrote.

According to them team members hope Team Z can be together forever.

Even if we cannot achieve this desire, then at least let them jump once more.

For this year the song that will be chosen to advance to Request Time from fans for Team Z is 'Z You Again' from Sanjiao Hanshu's repertoire.