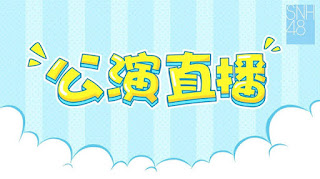 Every SNH48 theater performance will be broadcast live which can be enjoyed for free on several platforms such as the Bilibili website, Pocket48 application, SNH48 China official Youtube channel, and the live site of each group.

Youtube is indeed provided specifically for users outside of China.

Starting on this week, SNH48 stopped live theater on its official Youtube channel.

A week ago, overseas fans couldn't enjoy the live broadcast via SNH48's official Youtube and look for other channels that showed it.

They also explained that this account will broadcast live theater performances in the future.

You can subscribe to Pocket48 Youtube channel to get live broadcast notifications for SNH48 theater. SNH48 performances usually start at noon and evening.