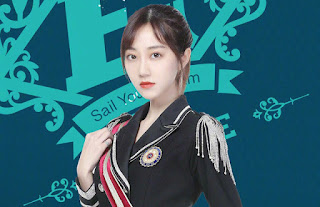 Today SNH48 announced through its official Weibo account that Feng Xinduo Team NII will get a kennin role in BEJ48.

She will join the Team E formation from the Beijing group.

This announcement surprised many fans.

But yesterday fans had been hinted by Feng Xinduo herself through the Pocket48 chat room that she would appear together with Team E.

Officially starting today Feng Xinduo will be a member of SNH48 and BEJ48.

The reason for Feng Xinduo's dual position is not yet known on BEJ48.

To be sure, this is very helpful in the future for Team E who has lost many popular members like Li Zi, Li Xiang, Li Liman. As a senior who is sent, of course, this is very profitable for BEJ48.