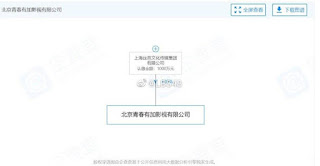 The film industry in China is indeed very promising for movie producers.

Even the SNH48 idol group started to explore the movie network since the beginning of their debut.

STAR48 has invested about 10 million Yuan for the company.

If STUDIO48 is specifically for SNH48 GROUP and DSB members, it might be focused on young Chinese talents.

This company might collaborate with Beijing Film Academy in the future as STUDIO48 did some time ago.