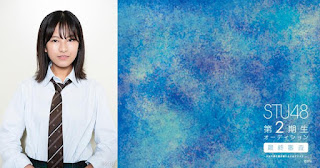 STU48 idol group that sailed on the ship is now holding a second generation audition that has reached the final stage.

Candidates have been introduced on their official website and will be promoting to attract fans to be selected.

One of the highlights of the candidates is Kawanishi Runa.

When you look at her biodata, Indonesian will surely be surprised.

In her profile, this Japanese girl was born in Indonesia precisely on the island of Bali.

It is very surprising fans that this candidate is not audition number 82, even though she is technically a Japanese.

In her biodata, about the 48 members of the group that he likes written one member of the group 48 outside Japan, namely Music BNK48.

"I want to run through Yokohama and the Mediterranean Sea with STU48! By the way, I was born on the opening day of the Port of Yokohama!" Kawanishi Runa's words are written on profile about what you want to do if you get the chance to become a member of STU48.

She will be broadcasting live today at 18:00 Japanese time. In addition, you can also check her profile on the STU48 official website with other candidates.