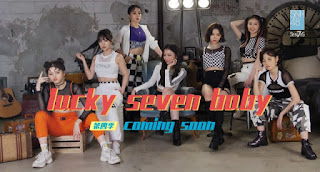 7SENSES has returned a comeback with their fourth EP titled 'New Plan' earlier this month.

As an international sub-unit or small group of the SNH48 group, 7SENSES has a reality show like a South Korean girl band in general.

Their reality show is called 'Lucky Seven Baby' which will come soon with its fourth season.

This fourth season event will air on Friday, November 8, 2019.

This was announced on the official Weibo account 7SENSES today Lucky Seven Baby has been running since their debut two years ago.

Every time a new EP is released, 7SENSES will launch this reality show.

So this is the fourth EP then this reality show will also follow the season number.

In this reality show, fans will be invited to watch members' daily lives while in South Korea, aka the process behind the scenes of their single comeback.