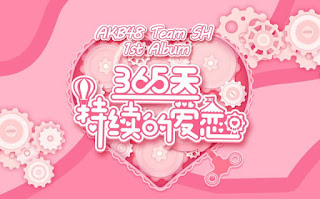 Team SH's debut album will be announced in more detail on December 24, 2019.

In the announcement, the AKB48 sister group in Shanghai revealed the title of their first album.

This title is a compilation of two AKB48 songs, 365 Nichi no Kamihikouki and Sustainable (持续 的 爱恋).

Maybe if combined can be titled "365 Nichi no Sustainable".

It is likely that 365 Nichi no Kamihikouki and Sustainable songs that have been adapted by AKB48 Team SH in Mandarin will be included in this first album.