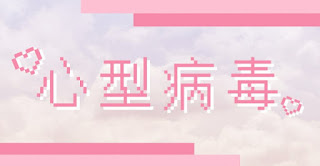 The members of the single senbatsu were announced last November.

After the second coupling song was announced yesterday, the song "Only Today".

Through their official SNS account, they told me that the second coupling song was "Heart Gata Virus".

In the AKB48 version of Team TP this song will be sung in Mandarin.

The title of this song was changed to Xin Xing Bingdu (心 型 病毒) or which means Heart Type Virus.

This song was sung by AKB48 Team TP in the 2019 AKB48 Group Asia Festival in Shanghai yesterday.