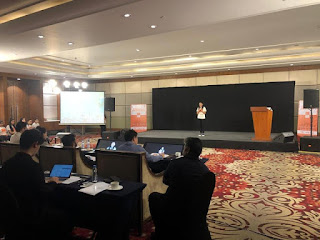 DEL48, one of Indian version of the AKB48 sister grouo will be ocoming soon.

A news portal in the Indian Hindustan Times, reveals the process of audition and preparation conducted by DEL48 for now.

According to Hindustan Times, DEL48's first generation audition organizer said that they have received more than 10,000 applications so far.

They were selected in three stages of auditions with the assistance of the Japanese AKS.

Like other sister groups im overseas, DEL48 will feature popular AKB48 songs in their own language, Hindi.

The girls will be prepared and trained in various forms of dance, as well as singing and acting, at the DEL48 academy in Delhi.

One of DEL48's Facebook fan pages in Thailand "DEL48 Thailand Fanclub" revealed that the first generation members will be introduced on November 29, 2019 means in the same day that PMCO Global Finals 1st day is held.

Some media have been invited to the press conference to introduce members to the public.

In the fanpage it also says that DEL48 has 15 members in the first generation.

Their social media accounts have also been registered and will only be accessible on November 29th.

One more great news from DEL48 they will have a member shipment from AKB48 with either Kennin or Kaigai status.

The member who will be sent to India will also be announced at a press conference later. This is precisely what fans of 48 Group have been waiting for.