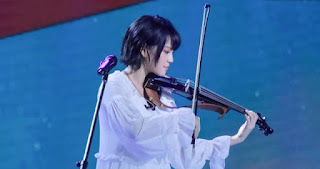 The event with the theme 'Me and My Cats' was officially held at MCC Hall The Mall Bangkapi, Bangkok, Thailand.

This event was very lively with many loyal fans in attendance. 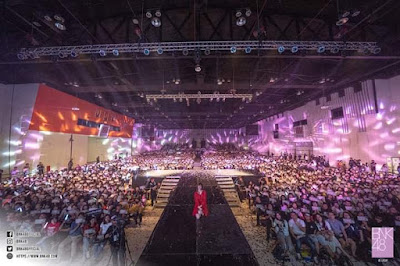 Some performances were also presented such as Cherprang who performed solo by playing violin singing 365 songs Nichi no Kamihikouki.

There was also a surprise from the CGM48 general manger Izuta Rina who was invited by Cherprang to duet to sing the Reborn song.

7 BNK48 first generation members were also a surprise to Cherprang in this fan meeting.

In addition, in this fan meeting Cherprang got her first original solo song titled "The Sun Comes Up" which is a coupling song on single 77 no Suteki na Machi e type A.

This Cherprang solo song has full lyrics in English.

Jib BNK48 also appeared and sang together when the song The Sun Comes Up was sung by Cherprang.

In this fan meeting also displayed the skit presented by the players of the latest ONE YEAR series.

The Fan Meeting closed with the song "Khopkhun Tirak Gan" belonging to the band POTATO which was sung solo by Cherprang.