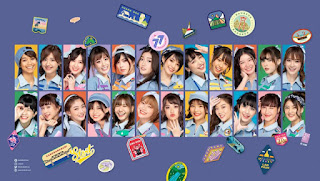 This single pre-order on Shopee has now been opened to the public.

By displaying the beauty of 77 provinces in Thailand, the members of senbatsu appeared cheerful on the cover of the single.

This single will be released in two versions, Mini Photobook + Music Card and physical CD consisting of two types, A and B.

This type of difference can be seen from the cover of the CD and Photobook, the senbatsu members are divided into two different sections of each type. 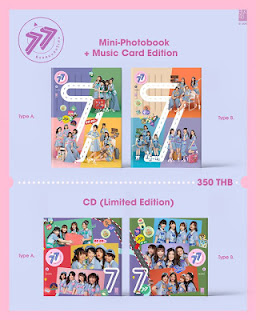 In addition, the contents of the songs of each type are also different.

Type A, whose cover features Cherprang cs, consists of 3 songs with 3 instruments added.

The coupling song in type A is inserted by two SOLO songs whose title is still a secret.

Both songs will be sung by Cherprang and one from Jib.

Both of these songs will be the original soundtrack of 'BNK48 Documentary' which is likely to be an original song.

The second part is sung in a unit by several BNK48 members.

The first coupling song was titled Saai Sap (สาย ซับ) which was sung by Cherprang, Jane, Namsai, Pun, Fond, Juné, Mewnich, Wee while the second was titled Ma Pon (ม ปร) and was delivered by Pun and Wee.

These two coupling songs are the original songs of BNK48 which became the soundtack of the film 'ONE YEAR 365 Wan Baan Chan Baan Ter'.

Both the mini photobook and CD will be sold at 350 THB.