DEL48 rumoured to release Flying Get as a single 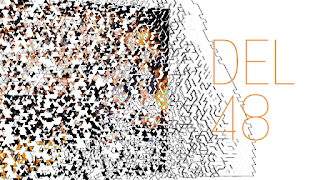 Through its official website, members of the first generation DEL48 have been introduced today.

A total of 22 beautiful girls managed to attract the attention of AKB48 GROUP fans abroad.

DEL48 has been rumored to be releasing the first single entitled "Flying Get".

From the changed DEL48 website, we have received a little information.

The Flying Get single by DEL48 has been prepared on the group's official website.

Even the cover of this single has been uploaded online on site storage.

But because we're unable to do it, we will not intend to upload it since we dont have permissions.

Therefore, this is a little leak of what is inside the cover.

The DEL48's Flying Get single will feature all first generation members as senbatsu.
.
Shivangi Negi or Reyna will be the center of this single.

We know that Reyna's photo is in the middle of the front of the single cover.

The Seifuku single Flying Get DEL48 is the same uniform as what members wear on the website profile page.