Ex AKB48 Aki Takajo given birth to her first child 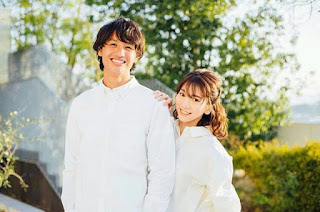 Former AKB48 and JKT48 personnel from Japan, Aki Takajo, announced that she had given birth to her first child.

"This is a report for everyone who always supports us. On November 7th at 0:25 (Japanese time) I gave birth to my first son. Both mother and child are in good health. We will devote ourselves together to build a pleasant family and full of smiles with three people! Hopefully you can see this warmly. Thank you for your continued support! ", Akicha wrote in her upload.

The former member of the JKT48 RIVER single senbatsu has married a Japanese soccer player named Takahashi Yuji on February 15, 2019.

It's been 9 months now that they have been blessed with an adorable son.

One of her colleagues when sent to JKT48 Haruka Nakagawa gave Aki a talk in the comments column.

The two of them rarely met after Aki Takajo graduated from AKB48 3 years ago.