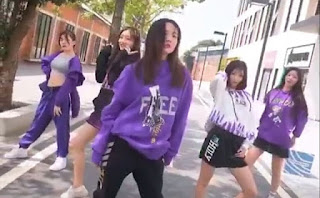 They also have a dance project sub unit called "OUTTOO".

This sub-unit was announced on October 22, 2019 with an unknown name back then.

Their official name is OUTTOO Wutuan (OUTTOO 舞团), which means OUTTO Dance Group. In this sub unit, Liu Lifei holds the center position but she is often absent in the video because of other work.