Honda Hitomi advised to remains in Korea after IZONE 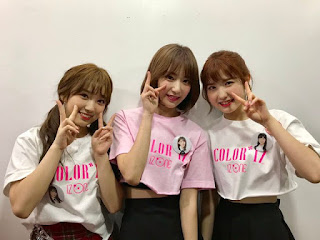 South Korean girl group IZ*ONE is now a trending topic in Japan after their official website announced the suspension of activities due to Mnet scandal.

Even in the announcement did not specify exactly when the group activity began again.

The Sakura Miyawaki and Co group is indeed gaining popularity among high school girls in Japan.

Even so, fans have now been worried about the disbandment of IZ*ONE because of the PRODUCE 48 vote manipulation scandal.

IZ*ONE, which has three members from Japan, namely Honda Hitomi AKB48, Miyawaki Sakura and Yabuki Nako HKT48, is forced to go on hiatus from each group to wait for the contract to finish, April 2021.

Suspension of the unknown activities of IZ*ONE until when it makes fans ask for Japanese members or This JLine returns to AKB48 Group.

Reporting from Yahoo Japan reported by Tokyo Sports, according to people familiar with the situation, after the period (contract), Miyawaki Sakura and Yabuki Nako showed their willingness to return to HKT48, Honda Hitomi was advised to remain in South Korea.

However, the news above is only a large part of the Japanese public opinion.

There has been no official explanation from the three of them in their future careers after IZ*ONE was dissolved in the sense that the contract ended.

However, many believe this because Honda Hitomi was an underrated member at AKB48, so it might be advisable to have a career in Korea alone.

Even so, Korean media also reported the news of the dissolution of IZ*ONE. Like politics, the Korean entertainment world is very much influenced by public opinion. However, there are more votes asking for this group to survive.