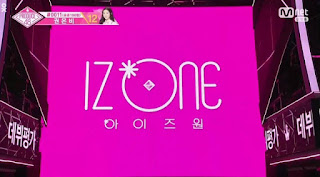 Netizens Ask Mnet to Release Rank Original 12 of IZ*ONE PRODUCEn48 Results. As we know, South Korea's survival program for the third season 'PRODUCE 48 "and the fourth" PRODUCE X 101 "has been manipulated by CJ E&M itself.

Even now two previous seasons of the same series have been suspected of being manipulated while investigation is going on by the police.

This heated and chaotic condition affected members of the band from the show,  IZ*ONE and X1.

The investigation process also continued to be followed by Korean citizens mainly because they as national producers felt their voices were not fully considered.

According to Allkpop, Koreans are now making a petition to urge Mnet to reveal the true original rank.

"This is something we need to know. I'm angry because they haven't revealed the original data yet," wrote a netizen.

"They need to do it for the trainees who have been unjustly eliminated, you b!" Says the other netizens.

It is undeniable that trainees who are supposed to be in the line up of the group to be debuted but must be eliminated unfairly.

The fate of IZ*ONE is now unknown in the future due to this case.

Plus if Mnet reveals the original rank of the member who actually debuted with IZ*ONE, it wasn't manipulated.

Of course this will also give labor influence to members of IZ*ONE as a result of manipulation of the event and its agency. The worst possibility is that online harassment will occur by Knetz for manipulated members.