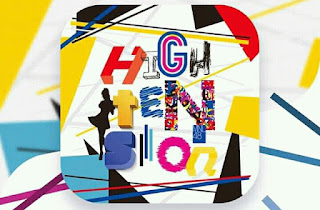 As already announced, the title of the fifth single is High Tension.

High Tension is the 46th single hits from AKB48 group.

The single became a hit among KPOP fans after it was delivered at the PRODUCE 48 years ago.

This single has also been adapted into Indonesian by JKT48, which became their 20th single.

MNL48 also gave an announcement regarding the fifth single.

The coupling song in their new single was announced.

There are two songs that will be inserted in the single High Tension.

Green Flash is a popular single from AKB48 which was released in 2015.

With music and lyrics describing sad feelings, this single really touched the hearts of those who heard it.

This single has been adapted by JKT48 with the same title.

In the MNL48 version, this song will be sung by Team NIV.

MNL48 re-adapt songs from the SKE48 group after Igai ni Mango which was released some time ago.