PRODUCE X 101 Japan says there is no manipulation on results 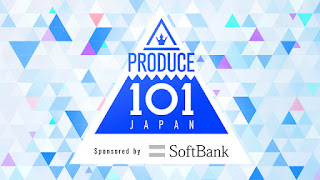 As spread elsewhere the PRODUCE 101 series from South Korea has been manipulated by their own management.

This makes the impact of suspicion of fraud in the franchise business program PRODUCE survival series in other countries such as China and Japan.

As reported by Oricon News, PRODUCE 101 Japan has provided a statement regarding suspicion of vote manipulation conducted by the Japanese version of the PRODUCE series.

The netizens thought that "PRODUCE 101 Japan" also manipulated votes like that of Mnet.

"PRODUCE 101 Japan is produced by the Japanese version of the management system and is independent of the South Korean PRODUCE 101 series. We report that no manipulation has been committed," wrote the official website of PRODUCE 101 Japan to deny news of fraud.

PRODUCE 101 is a survival program participated by 101 trainees from several agencies who auditioned.

They will be trained with various missions to show their best to debut in a new group later.

The selection will determine who will win the vote which comes from 100% of the viewers of the program called "National Producers".

The female group I.O.I from the first series of 2016, the male group Wanna One in the second season of 2017, the girl group IZ*ONE consisted of Japan and Korea in the third season in 2018, and the fourth series of the male group X1 in 2019 was successfully born.