AKB48 Miyazaki Miho will hold an event in Korea 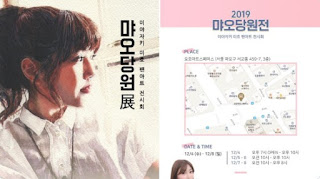 Miho uploaded a picture of the poster promoting this exhibition event.

She will hold an exhibition for five days in a row.

The opening ceremony of the exhibition will be held on December 4 at 19:00 Korean time.

The exact details of this event are not yet known.

However, Myao scored the first record for AKB48 members who had their first own event in South Korea. Since its appearance in PRODUCE 48, Miyazaki Miho is very attractive to Korean.