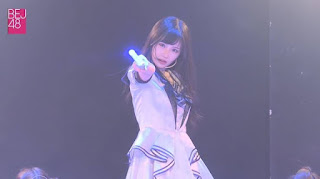 The annual SNH48 GROUP annual concert will be held again at the Guangzhou Gymnasium.

Good news came from Team E because fans managed to get them to appear in the concert later.

Team E's song, Yi (异), made it into the hottest team song group Request Time B50.

However, instead of being happy the Team E BEJ48 fansclub instead experienced a lot of disagreement due to center issues.

As we know, Team E's center now is Su Shanshan, the management automatically appointed her to be the center during Request Time.

Some fan clubs protest about this.

They claimed Su Shanshan did not deserve to be the center during Request Time later.

Other fan clubs of Team E members said that Su Shanshan's fan club did not contribute the most votes to this song so it could not be a center.

They felt that the most suitable place to be a center was the fan club which contributed the most votes. Team E's fan club will announce the biggest vote contributor fan club this Saturday.