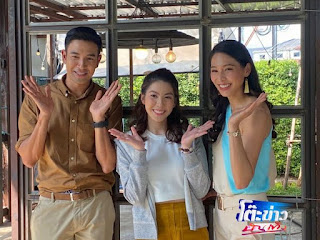 The CH3 news account Tweeted something regarding this drama and it will be Minmin first ever drama.

The Weightlifter drama is currently on-going program in CH3 channel and has total about 18 episodes already displayed.