CGM48 set to be included in BNK48 general election 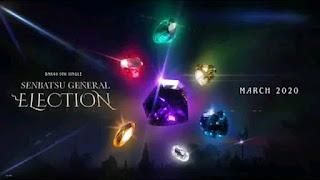 In this election the selected members will be included in the group senbatsu and under girls who performed the song in the 9th single.

Some BNK48 members have already registered to become fighters at General Election this time.

Even so many fans suggested to include their sister group in Chiang Mai "CGM48".

Today, in the BNK48 77no Suteki na Machi e Roadshow event in Chiang Mai, it was announced that CGM48 will participate in the 2nd General Election.

For this, BNK48 announced the addition of slot or seat ranks where during the first election only until Under Girls, this time BNK48 added 16 seats back to rank 33-48 and became the first time Next Girls entered as a single unit at BNK48.

Announcement regarding BNK48 9th General Election will be informed later on 25 December 2019.