CKG48 theater will be stopped 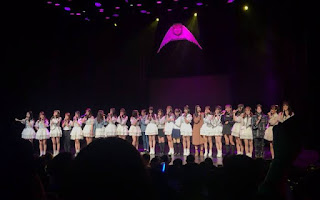 Warm news came from the idol group CKG48 in Chongqing.

They are rumored to be stopping their weekly theater performance in early 2020.

This rumor began after one of CKG48 members 'Wang Mengzhu' told fans.

"Today Mr. Meng and the teacher told mw about it," Wang Mengzhu said.

However, it is unclear what this meant by Mengzhu.

This news is growing all day and now it is clear.

Meanwhile an insider reported that the contract between CKG48 and their current theater will expire at the end of this year and will not be renewed.

At this time, there are talks of a core group of 12 members going on tour while management tries to secure a new venue.

The last performance is rumored to be held on January 1, 2020.

Take it easy even though the issue of dispersing has re-emerged, CKG48 only has to appear for a month.

Members who are still in school will be prohibited from appearing in the future.

So there will only be 12 people in the show. CKG48 officially denied the news of the disbandment because it was logically ridiculous if there was a disbandment every year.