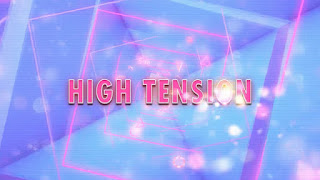 BNK48 has just announced the title of the 8th single "High Tension" and its senbatsu members.

This announcement was made on the second day of the 7th single special handshake event "77 no Suteki na Machi e".

The center is held by Namneung for the first time.

The main song is High Tension with two coupling songs.

Just like in the 7th single, the 8th single coupling song also consists of all original songs.

This mobile also starred in the drama.

High Tension pre-order single will begin in February to March 2019.

Sold the same price as the Limited Edition CD. For the Music Card Type, it only consists of 1 Music Card and 1 Vote Coupon, the cheapest, which is 200 THB or around IDR92,500.