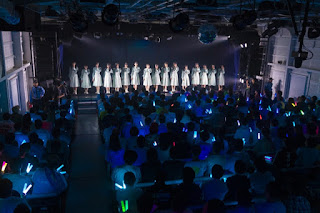 Now STU48 are in the verge of bringing their 2nd stage named "Bokutachi no Koi no Yokan".

What's special about this setlist is that it is produced by their own member and captain Okada Nana.

The STU48 theater boat will be anchored in Hiroshima International Port for debut performance.